Letter from Germany
By Lois Joy

From Bavaria to Berlin: We’ve settled here in Bavaria for a few weeks following our round-the-world plane, 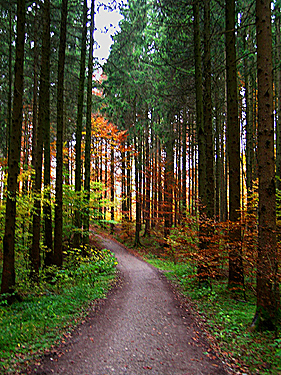 train and road trip back from Pacific Bliss. We left Bliss ‘on the hard’ in Mackay Boat Yard, Queensland, Australia in late August. We liked Australia so much that we wanted to take much this year’s season to travel inland. Next year, during our Voyage 5, we plan to take Pacific Bliss ‘over the top’ to Darwin, then on to Indonesia, Singapore, Malaysia and Thailand.

I won’t bore you with ‘rellie’ and grandkid photos, since this is designed as a sailing and travel site. But I will leave you with a few photos of Bavaria in the autumn. I never saw Bavaria as beautiful as the day we drove from the Munich airport to stay with Gunter’s sister Helga in Zorneding. The elusive sun here was beaming on lush rolling hills and glittering forests of red, orange and gold. We went hiking the very next day. Gunter, a native, knew it wouldn’t last. He was right. Already, the winter wonderland has presented her cold and pale face 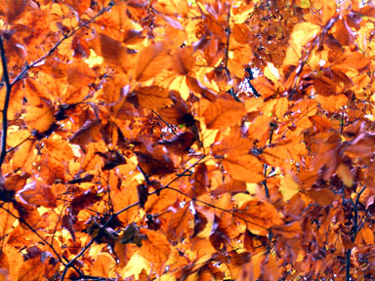 We had barely unpacked and settled in when I
opened my big mouth and chided Gunter and Helga on their admission that they had never been to Berlin, Germany’s capital. “You mean you’ve traveled all over the world, and never even seen your own capital?
“Bavarians always travel south—to find the sun,” Gunter countered.

Before the week was out, the two of them had set up a three-day Munich-Berlin bus tour, and I was packing again. And as if to prove their point, the weather there was miserable.

The first night, after checking in, we headed straight to the historic Brandenburg Gate. Restored in 2002, it was awesome, bathed in 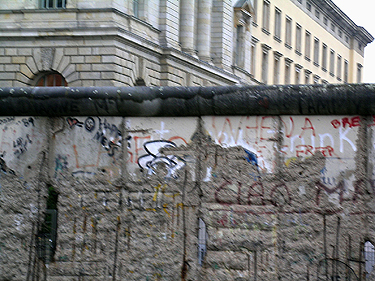 a golden glow that shone brightly through the rain and sleet. It is difficult now, since reunification, to imagine how that gate could have been the symbol of the division of Germany, how such a fabulous icon could have spent four decades in the no-man’s land between the barricades and the Berlin Wall, cut off from both Germanys.

The following day brought a cold wind and intermittent rainstorms. Even so, the city tour was informative and the bus, warm. Berlin is a city that has truly witnessed history in the making. It was the seat of Frederick the Great and the other Hohenzollern rulers, the heart of 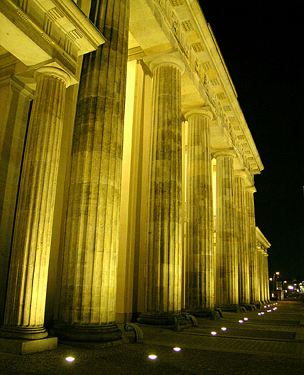 the Wilhelminian Empire that grew up after the unification of Germany in 1871, and the center of the two dictatorships in the 20th Century. It is full of historic buildings and temples of culture. With only one full day to explore, we had to decide on one of the many museums. We chose the Pergamon Museum

for just a taste of culture. It turned out to be a veritable three-hour feast! We wound through huge rooms and wings of classical Greek, Babylonian, Roman, Islamic and Middle Eastern art and architecture until we were satiated. The Pergamon Altar was most spectacular. It is a gargantuan raised marble shrine with a 120m frieze of gods battling giants, excavated by German archeologists and brought from Asia Minor (today’s Turkey) From that ‘high’ one walks directly into another culture and century: Babylon during the reign of 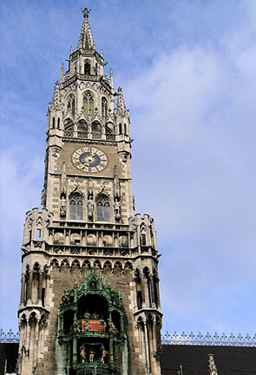 Nebuchadnezzar II (604-562 BC). The Ishtar Gate in this exhibit is sheathed in glazed brick tiles
of luminous cobalt blue and ochre. The room is filled with reliefs of striding horses, lions, and dragons.

We lunched on seafood salads in the legendary gourmet food hall on the 6th floor of the KaDeWe seven-floor Department Store. Combine the Food Court of Harrods’s in London with the showiest New York delicatessen you’ve ever seen and you have the half of it!

I can summarize Berlin for you in three words: We’ll Be Back. And next time, we’ll take more time, perhaps a week. We’ll visit this third-most-visited European city in the summertime, when we can take in the lively café scene and still have energy for cabarets and theatre during the long evenings. We’ll cruise the Spree to experience first-hand some of the 6% of the city that is water. And we’ll hike through part of the 25% of Berlin that is devoted to parklands. 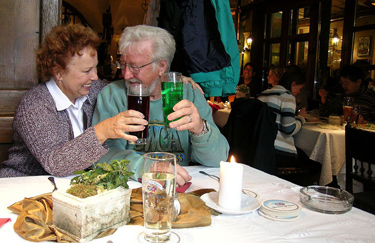 Our sea voyages this year encompassed only one country, Australia, and only one coast, the eastern seaboard. We started out in Bundaberg, pouring time and money into Pacific Bliss on maintenance and updates. After one long month, we began sailing again—through the Capricorns and along the Curtis Coast—docking in Mackay’s Marina. From Mackay, we traveled north to Cairns, flew to Palau for the Festival of Pacific Arts (see story), and then sailed again, taking in the southern Whitsundays. We had to motor up a crocodile-infested river at midnight (high tide) to put Pacific Bliss up for storage. I promise you, that story will be posted next!

Touring the Hinterlands: In order to really see Australia, we needed to change our mode of transportation to planes, trains, campervans, and autos. We flew to Brisbane, then took the tilt train to Sydney. How we loved the energy, vitality and diversity of that city! Our highlight there was the climbing the Sydney Harbour Bridge. Yes, I have a souvenir T-shirt and hat to prove I DID IT. Our first camper van rental was in Sydney, where we soon departed the city for a 10-day circle tour over the Blue Mountains, across the plains east to Cowra, then south to Canberra, Australia’s capital—a planned parkland full of wonderful museums—winding back to the coast, and north to Sydney again.

From Sydney, we flew to Uluru (Ayer’s Rock) and took a bus tour through the Red Centre, ending up in Alice Springs. The Centre is a must for anyone visiting OZ; it was a real highlight of our trip (photos and story to come). We took The Ghan train south across the vast outback to Adelaide, an adventure in itself, and then luxuriated for three days in a Barossa Valley B&B, where we sat in the spa and went wine tasting every day. Then we drove via rental car to the Murray River area and back into the city to catch the Indian Pacific to Perth, where the highlight was the stopover in Kalgoorlie, a still-functioning Wild West gold mining town, brothels and all.

The cities of Perth and Fremantle allowed us to experience life on the Western Coast of Australia—another world altogether. (And more stories to tell.) We repeated our experience with a Britz campervan for two, and completed another circle tour, this time heading south. We explored the Margaret River area, staying in a different campground each night, immersing ourselves in fields of spring flowers, enchanting towns, and charming cafes. Of course, we had to stop at the Lighthouse at Cape Leeuwin, Australia’s most southwest point, and one of the most dangerous capes in the world, the burial ground of many ships. (Don’t worry; we are not sailing there!)

Our Round-the-World Tour: We came upon this route home quite by accident when my Australian travel agent informed me that a ticket to San Diego and back from Australia—with a stop or two to break up long flight—would cost as much as an RTW ticket. An RTW ticket would also fit our goals of: (1) visiting our families in Germany and Texas this year, and (2) checking out routes and ports of call for Voyages Five and Six of Pacific Bliss. Then Gunter casually threw his own hidden agenda into the mix: where in Asia would we not choose to sail Pacific Bliss but would not want to miss? The answer to that question brought Borneo into the RTW plan.

It turned out that an RTW ticket does not have to begin and end in the same city; thus we could leave from Perth, Australia’s gateway to Asia, and return to Brisbane in Queensland, as long as we did it all within one year. After many lengthy meetings with Peter, my longsuffering travel agent in Bundaberg, we decided on the following itinerary: Perth—Kuala Lumpur, Malaysia—Kota Kinabalu, Sabah, Malaysia (Borneo)—Kuala Lumpur—Colombo, Sri Lanka—Dubai, United Arab Emirates—Munich, Germany—Houston, Texas—San Diego, California—Nadi, Fiji—Brisbane, Australia.

The highlights of our RTW Tour included: a seven-day wildlife tour in Borneo, where we saw macaques, proboscis monkeys, orangutans, plenty of leeches, and the world’s largest flower—a rafflesia two-feet wide—blooming in the jungle; visiting an elephant orphanage in Sri Lanka; and the unbelievable shopping mecca of Dubai. Still keeping our sailing mission in mind, in Malaysia, we peered through the haze toward the feared Malacca Straits, trying to decide whether to go through there during Voyage Five, and if so, how. In Sri Lanka, we visited the sea port of Galle. Just a mere visit to the marina where we plan to dock during Voyage Six required the services of an agent! Now we have a card, a face, and hopefully, a way through the bureaucracy.

Watch this site for more sailing stories, more tales of Aussieland and the wilds of Borneo, and another ‘kinder story’—this one about OMA and OPA riding an elephant in Sri Lanka. And be sure to leave your comments in the Guest Book! (My apologies for the SPAM that sometimes appears in it; we try our best to keep it out.) 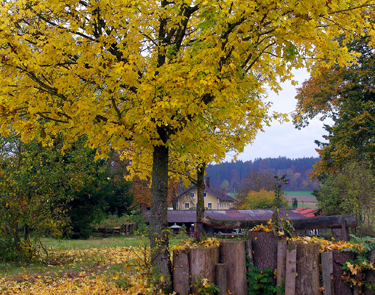 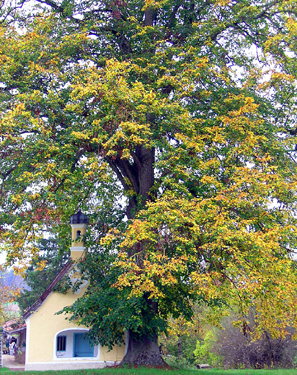 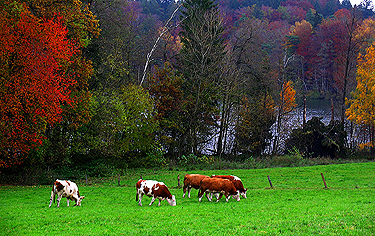 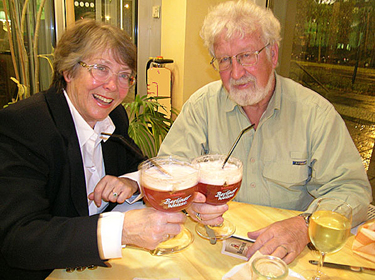