The Big Bash
by Lois Joy

On September 1, Gunter and I moved off Pacific Bliss and into The Castel Danynou, a two-level, five-bedroom villa with a swimming pool and large garden at the end of a quiet cul-de-sac.  A group of relatives and friends stayed for our Circumnavigation Week, either with us or scattered among three villas and a few hotel rooms in St. Cyprien, another beach village about 9 km from Canet.  It was the ideal location for a big bash, and we enjoyed it immensely.  Now we are alone again, left with an abundance of fond memories and photos, driving back to Canet every day to prepare Pacific Bliss for sale.

Most everyone staying for the week stopped over for kaffee klatsch or sundowners soon after they arrived.  Then the first party of the week was hosted by what we came to call “the German contingent,” at their villa.  They put on a grand buffet of French specialties, including champagne and lots of wine.  Our photos of this event are below.  Other photos of are still coming in and will be placed in separate albums at the end of this story. 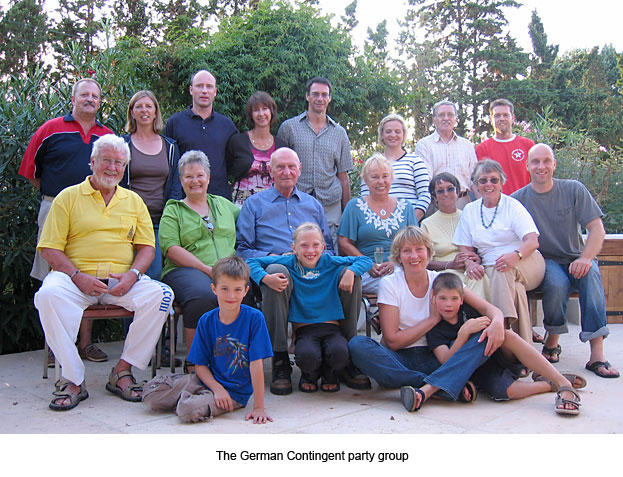 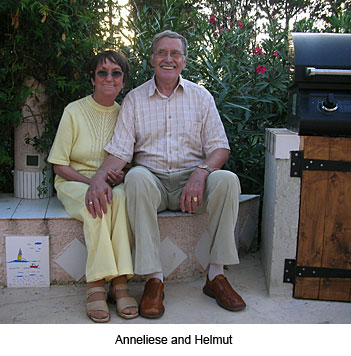 The big day was September 9th, when we held two parties at our villa, one celebrating the circumnavigation at 2 PM with about 35 attendees, and the second, celebrating Gunter’s birthday, at 7 PM.  The afternoon began with Catalan specialties: sangria, seafood paella, spicy grilled sausages, salad and just in case—hamburgers.  While the kids played, the adults participated in an informal program of spinning Pacific Bliss sailing yarns.  I kicked it off with my story, Stuck in the Anchor Locker, to Gunter’s chagrin.  Everyone at the party who had ever sailed with us chimed in to tell his or her story.  After that, I announced “free time,” where everyone could change to different tables set in the garden and 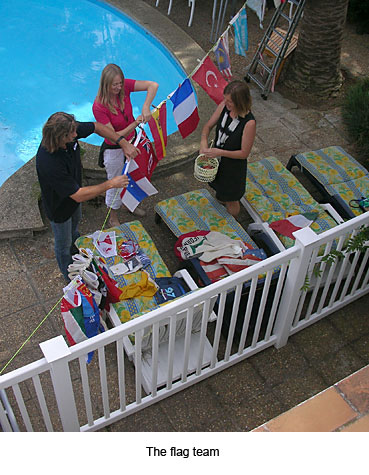 The evening was set up to honor Gunter. Completing a circumnavigation at 73 is no mean feat!   We served giant platters of his favorite seafoods: oysters, mussels, clams and prawns with plenty of aioli on the side for dipping.  He had five birthday cakes with a vast array of candles (who’s counting?).  He managed to blow them all out.  All in all, it was a day we’ll never forget.

Once the parties get rolling in our family, there’s no stopping them.  The Ekdahls from Houston put on a Texas barbeque the next evening.  Forget Catalan!  The menu was barbeque beef, beans, and luscious potatoes mashed with plenty of butter and cheese. 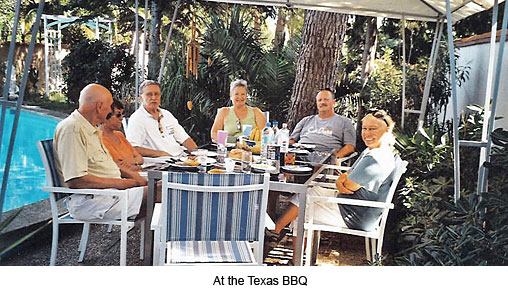 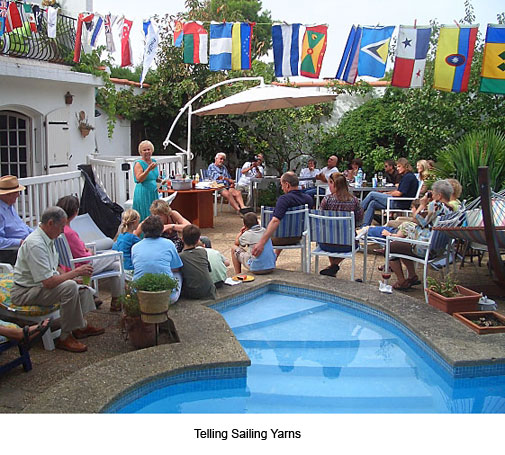 After all that, the visitors made separate day trips to various places of interest around the area such as Collioure and Perpignan, Eus and Villefranche,
Please take some time to enjoy their photo albums below: